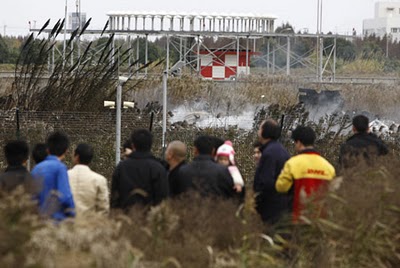 Reports circulating in the Kremlin today are stating that a US government contracted airplane piloted by American CIA agents and carrying a cargo of a ‘mutated’ swine flu virus intended for aerial spraying was shot down at China’s Shanghai Pudong airport by a saboteur team of what are believed to be Israeli Mossad soldiers seeking to prevent an American attack upon one of their Central Asian bases located in the Central Asian Nation of Kyrgyzstan.

According to Chinese media reports on this incident the stricken Zimbabwean MD-ll plane, owned by the CIA linked Avient Aviation company operated by a former British military officer named Andrew Smith and registered in the UK, killed 3 American CIA agents and injured 4 other personal who are reported to be from United States, Indonesia, Belgium and Zimbabwe. 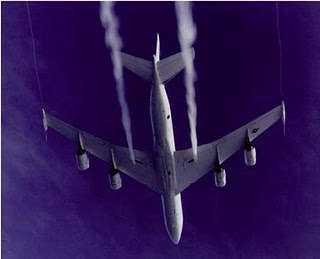 Most interesting to note in these reports on the victims of this plane shoot-down is that the Indonesian man currently being treated for his injuries has ‘confessed’ to Chinese secret police forces that he is a technician employed by the United States Navy at their mysterious Naval Medical Research Unit No. 2 (NAMRU-2) located in Indonesia that Indonesian Defense Minister Juwono Sudarsono had previously called for the closing of “because its operations were too secretive and were incompatible with Indonesia’s security interests. Even more interesting to note about this US Navy secret bio-weapons base in Indonesia (the World’s largest Muslim Nation) was its establishment in cooperation with the Rockefeller Institute, especially with it being the main center for the Americans Viral Diseases Program (VDP) they describe as the research of “epidemiologic and laboratory research on viral hemorrhagic fevers, influenza, encephalitis, and rickettsioses” and the head of this institute, David Rockefeller, long calling for a massive reduction in our World’s population. calling for a massive reduction in our World’s population. John Davison Rockefeller (1839-1937) made his fortune in the oil industry. He founded Standard Oil, which at one time controlled 95 percent of the oil refining business in the country. He and his descendants gave away hundreds of millions of dollars. The Rockefellers funded the Kaiser Wilhelm Institute in Germany, when eugenicists were preparing the way ideologically for what eventually became the world’s most infamous slaughter, the Nazi holocaust. The Rockefeller Institute supported Alexis Carrel, who advocated the use of gas to get rid of the unwanted. John D. Rockefeller III founded the Population Council. Rockefeller money made Alfred Kinsey’s sex research possible. In the fall of 1993, the Rockefeller Archive Center Newsletter published “The Rockefeller Foundation, the Population Council and the Groundwork for New Population Policies” by John B. Sharpless of the University of Wisconsin, Madison. Sharpless had been studying the files of the Rockefeller Foundation (RF), the records of the Population Council, and the personal papers of John D. Rockefeller III. He concluded that “Foundations and individual philanthropists are important in understanding the impressively quick and nearly unanimous change in attitudes and ideas about population that occurred during the 1960s.” Such foundations funded the development of contraceptives, but also built the international network of experts who shaped the public debate, who shared “a core body of knowledge and a common mode of discourse” as well as a “shared set of assumptions about how population dynamics worked.”