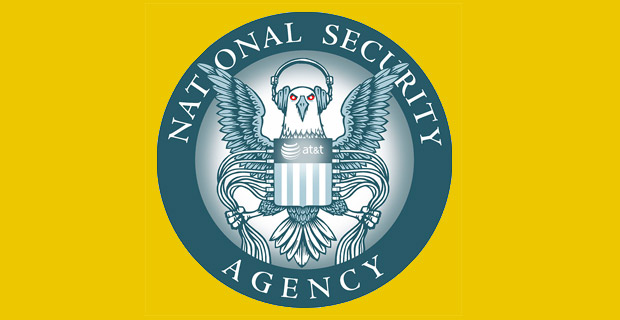 Glenn Greenwald has posted a story showing how the NSA and government agents work to “manipulate, deceive, and destroy” the reputations of journalists.

GCHQ stands for Government Communications Headquarters, a British intelligence and security agency that works closely with the National Security Agency in the United States.

JTRIG, exposed by NSA whistleblower Edward Snowden, specializes in dirty tricks to “destroy, deny, degrade [and] disrupt” enemies by “discrediting” them, planting misinformation and shutting down their communications,” according to NBC News.

“The propaganda campaigns use deception, mass messaging and ‘pushing stories’ via Twitter, Flickr, Facebook and YouTube. JTRIG also uses ‘false flag’ operations, in which British agents carry out online actions that are designed to look like they were performed by one of Britain’s adversaries,” Greenwald and NBC wrote in February.

In addition to internet-based operations, GCHQ operations “credential harvests” journalists – a technique used by the CIA under its Operation Mockingbird – and also engages in “close access technical operations,” which includes monitoring telephone calls and surveilling hotel computers in addition to sending intelligence officers to observe the targets in person at the hotels, Greenwald writes.

In his most recent article, Greenwald explains how JTRIG utilizes false flag operations to “inject all sorts of false material onto the internet in order to destroy the reputation of its targets.” The intelligence operation posts falsely attributed material to undermine reputations, creates “fake victim blog posts (pretending to be a victim of the individual whose reputation they want to destroy),” and posts “negative information” on forums and message boards.

Other tactics include arranging sexual “honey traps,” changing photos of social networking sites, and sending email and text to colleagues, neighbors and friends of targeted individuals.

The techniques are similar to FBI tactics used against domestic political targets in the pre-cyberspace era. Under Operation COINTELPRO in the 1960s and 1970s, the FBI stated its purpose was to “expose, disrupt, misdirect, discredit, or otherwise neutralize the activities” of political activists, primarily civil rights leaders but also antiwar activists.

Author and researcher Brian Glick noted in War At Home: Covert Action Against U.S. Activists and What We Can Do About It the government used a variety of dirty tricks to neutralize its political enemies, including infiltration, psychological operations and warfare, legal harassment, and extralegal force and violence.

“COINTELPRO was, in large part, a success,” I wrote in 2002. “By 1972, the anti-war and black liberation movements were in complete disarray. Police pressure, mass false arrests, specious federal grand jury investigations, and flimsy if not entirely bogus conspiracy trials had all taken their toll. According to the Church Committee, which was convened to investigate FBI abuses, there were 290 separate COINTELPRO actions from 1968 until 1971, when the program supposedly terminated. Approximately 40 percent of these actions were specifically designed to keep activists from speaking, teaching, writing, and publishing, contrary to the principles of the Constitution and the Bill of Rights, which the government is sworn to uphold.”

Greenwald’s expose underscores the fact the government is still in the business of attacking its political enemies despite its claim to have put an end to COINTELPRO in the 1970s.

The NSA’s new CLOINTELPRO, run through British intelligence, is far more pernicious due to quantum leaps in technology. Thanks to Snowden and others we are now keenly aware of the threat as it unfolds, whereas with COINTELPRO most of the evidence of government surveillance and dirty tricks arrived after the damage hand been done.

"No army can withstand the strength of an idea whose time has come."