Flat Earthers impersonate conspiracy researchers
much the same way FBI and crisis actors
impersonated patriot militia in Oregon. More disturbing,
a few legitimate researchers like Anthony Migchels &
Edward Hendrie seem to have succumbed.
See Below - 9-11 Truther and critic of the NWO, Edward Hendrie, has caught the Flat Earth virus with a daunting 500-page book The Greatest Lie on Earth: Proof that Our World is Not a Moving Globe.
by L.C. Vincent
(henrymakow.com)
"The Flat Earth Conspiracy Theory" is the latest rage in the conspiracy research community-- the ultimate insult to our intelligence and the ultimate Illuminati psy-op.
Flat Earth Theory serves to marginalize and denigrate legitimate conspiracy research by injecting this most pernicious and preposterous meme. The end result is that the average person rejects the entire field when they learn that some members of this community also embrace the primitive stupidity of The Flat Earth "theory."
THEIR  PREPOSTEROUS CLAIMS
1.) Flat Earthers claim that Earth is really a flat plane, a round disc, on which we all live, not a globe or sphere and the ends of the Earth's disc are surrounded by a wall of ice.
2.) There really is no such thing as outer space, as the planets, moons and stars are illusions or flat spinning discs created by aliens.   The Earth really has no curvature; gravity does not exist, and our sky is covered by a glass dome.   NASA was founded by Nazi scientists as a public relations cover for evil deeds; rockets can't reach space, and all NASA missions were public relations spectacles designed to further the conspiracy "they" started thousands of years ago to keep "us" in the dark about where we really live.

How do Flat Earther's explain our days and nights?  According to them, the Sun (only a few thousand miles away, not 93 million) simply circles above a different area of the Earth's disc.   But even this "simplistic" explanation fails to explain the obvious fallacy in their cartoon cosmology -- that even a star which circled a Flat Earth would still be visible from all parts of the disc.
How do Flat Earther's explain such predictable phenomena as lunar and solar eclipses?   Simple.... Something they call "The Shadow Object" moves in front of the Earth or Moon, temporarily blocking out the sunlight!  So if their own explanation unravels, based upon their own false assumptions, then they just make something up to cover the vacuity of their lunacy.
According to Flat Earther's, gravity does not exist either.   What causes objects to fall down to the ground is what they call "Upward Acceleration", a result of the continuous thrust of our Flat Earth into an upward trajectory (by forces unknown.)
Based on this unique perspective, it follows that NASA and all space exploration is a complete fraud, since space does not truly exist (which makes one wonder where our Flat Earth is headed as it continues to accelerate from all that Upward Thrust!).
THROWING US A CURVE
The flat earth YouTube, "Learning Curve" , reveals an Illuminati mind game of epic proportions.
Mixed in with the Flat Earth theory, "Learning Curve" sprinkles the following words, thoughts and phrases as part of their proof that the earth is flat: "mind control, brainwashing, core beliefs, programming, textbook, Tavistock Institute, Masons, Freemasons, NASA, Nazis, powerful Jews, the Federal Reserve, the mainstream media," etc., etc.
They also transform the word "globalist" from a mild pejorative (someone who seeks control thru world government) into an epithet. It now refers to someone who perceives the world as a globe rather than a flat disc! 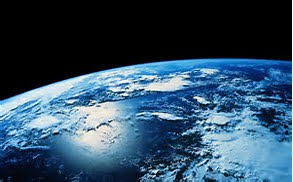 (left, "fakery")
The true agenda of the Illuminati is revealed after the narrator hypocritically expresses his dismay in being unable to disprove the "Flat Earth" theory. He bemoans that proving the theory is taking his time away from his "true" pre-occupation, his "normal" life of exposing chemtrails and secret societies!
By resurrecting the Flat Earth Theory as the truly penultimate example of ignorance and illusion, the Illuminati have crafted a meme which has the ability to persuade the average person that conspiracy theorists and researchers are part of a lunatic fringe.
This meme and this video reveals the hand of The Illuminati at their most twisted:  to keep mankind in ignorance of their continued machinations while discrediting those who seek to make the world aware of their plans for war, pestilence, famine and enslavement.   Can there be a better definition of Evil?
----
LCVincent  is a renaissance man living in Arizona. He enjoys hearing from the lunatic fringe. This email address is being protected from spambots. You need JavaScript enabled to view it.
Related - Flat Earth Psy Op is the Real Conspiracy
-------------------- Video- The Flat Earth Psy Op
------------------- Comic Relief
------------ 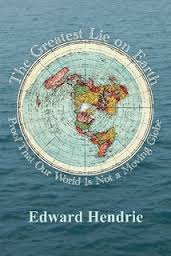 This book reveals the mother of all conspiracies. It sets forth biblical proof and irrefutable evidence that will cause the scales to fall from your eyes and reveal that the world you thought existed is a myth. The most universally accepted scientific belief today is that the earth is a globe, spinning on its axis at a speed of approximately 1,000 miles per hour at the equator, while at the same time it is orbiting the sun at approximately 67,000 miles per hour. All of this is happening as the sun, in turn, is supposed to be hurtling though the Milky Way galaxy at approximately 500,000 miles per hour. The Milky Way galaxy itself, is alleged to be racing through space at a speed ranging from 300,000 to 1,340,000 miles per hour. What most people are not told is that the purported spinning, orbiting, and speeding through space has never been proven. In fact, every scientific experiment that has ever been performed to determine the motion of the earth has proven that the earth is stationary. Yet, textbooks ignore the scientific proof that contradicts the myth of a spinning and orbiting globe. Christian schools have been hoodwinked into teaching heliocentrism, despite the clear teaching in the bible that the earth is not a sphere and does not move. This book reveals the evil forces behind the heliocentric deception, and why scientists and the Christian churches have gone along with it.
Update: Edward Hendrie's full Defence of Flat Earth will be posted Saturday.
First Comment by Dan:
"Practical politics consists in ignoring facts."   Henry Adams (1839-1920)
What did he mean by that?   He understood that the crowd forgets anything heard in lectures;  they get mad at debates.   But there's no defense against a consistent message hammered over and over again.    Doesn't matter if it's true or not.  What matters is saying it over and over again until enough people believe it.
Sad fact is that 80% of the general public believe stupid lies just because it's on television every day.
I've listened to the lead promoters of the this flat earth psyop on Youtube, and there's no doubt about it: they're playing  practical politics.  Anytime you say anything about  'chemtrails' or '911', or anything that challenges Mainstream News & Gov narratives, you're going to get a flash mob of "Flat Earthers".   They know exactly what to say.  They all know the talking points.  They're trolls.
What can you do about them?   I'll tell you right now:
Stay on your focus.  Everyone reading this (except the trolls) KNOW that this isn't YOUR issue.  Whatever you were talking about on a forum or social media, just stay on your own topic. Treat the Flat Earth troll the way you would any stranger that tries to butt in on an important conversation with something irrelevant.
Do NOT engage in a debate on their topic (Flat Earth nonsense), stay on yours.   The troll wants to get your defense response up so that he can exploit the emotional advantage.  This game is rife on forums because trolls and bullies are actually using their truther targets so they can sew their seeds of mass distraction in the minds of an audience.  It neutralizes legitimate questioning.
Just make it a rule; "don't debate irrelevant issues".  Don't be distracted.   Stay on point.  Invite the troll to join YOUR conversation on YOUR topic - or go away.
Let's move on.