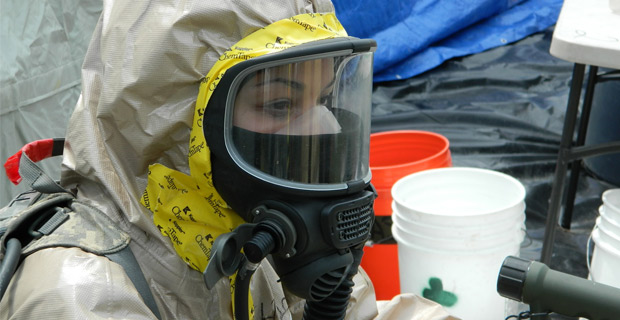 A doctor has exclusively revealed to Infowars that health authorities are covering up Ebola cases in the United States and disappearing patients in an effort to avoid hysteria.

James Lawrenzi, DO, who has two clinics in Garden City and Archie, Missouri, appeared on the Alex Jones Show today to warn that the true scale of the situation was being deliberately downplayed. It is important to note that none of these potential Ebola outbreaks occurred at the clinics in which Lawrenzi works.

Lawrenzi said that shortly after the arrival of patient zero – Thomas Eric Duncan – in the United States, he was told by a doctor at Truman Lakewood Medical Center in Kansas City they had taken in a possible Ebola patient who had a high fever and was bleeding out of all his orifices having recently returned from West Africa.

The following day, Lawrenzi was told by the doctor that the patient had “disappeared” against medical advice, but that he wouldn’t have been able to leave on his own given his medical condition.

The day after the patient disappeared, a meeting was called for anyone who had contact with the patient. Doctors and other medical workers were told that the patient had malaria. Lawrenzi also revealed that drug reps from within the area warned over additional possible Ebola cases in the area.

A second possible Ebola patient was then admitted to Research Medical Center in Kansas City the following day but also quickly “disappeared,” with hospital bosses claiming he had typhoid, according to Lawrenzi.

“These patients are disappearing, they’re doing something with the patients and God knows where they’re going,” said the doctor.

Asked why authorities were engaged in an apparent cover-up, Lawrenzi speculated that the CDC was attempting to prevent hysteria, noting that workers at his own clinics had been told not to use the word “Ebola,” just as 911 dispatchers in New York have been banned from using the term, or to reveal any information about a possible Ebola case.

Lawrenzi also revealed that Hospital Corporation of America (HCA), a private operator of health care facilities, had earlier this week removed protective gear and Hazmat suits from local hospitals without replacing it.

“They were told this was so they could have continuity of care for possible Ebola patients,” said Lawrenzi, adding that the real reason was that authorities didn’t want to cause a panic by having medical workers and doctors being seen in protective gear.

Urging people to “stay away from places where there’s large groups of people,” as well as hospitals, Lawrenzi said the situation was “much more serious than they’re letting on.”

“When flu season hits, people are going to be coming into the hospital for flu or Ebola, they’re not going to know what they have….it’s going to be a nightmare, every doctor I’ve spoken with is terrified of this fall,” said Lawrenzi.

“They’re preparing for something,” he added, speculating that the endgame could be medical martial law or the Obama administration’s complete takeover of the medical system.

Lawrenzi’s assertion that Ebola patients are being “disappeared” correlates with claims made by 27-year Border Patrol veteran Zach Taylor, who told Infowars that possible Ebola victims attempting to cross the border were also being secretly detained.

According to Infowars medical correspondent Dr. Edward Group, the Centers for Disease Control and Prevention is responding to only half the calls it is receiving from doctors reporting Ebola-like symptoms in patients. Dr. Group also talked with other health professionals and border patrol sources who confirmed that potential Ebola victims were being “disappeared” in an attempt to prevent panic.